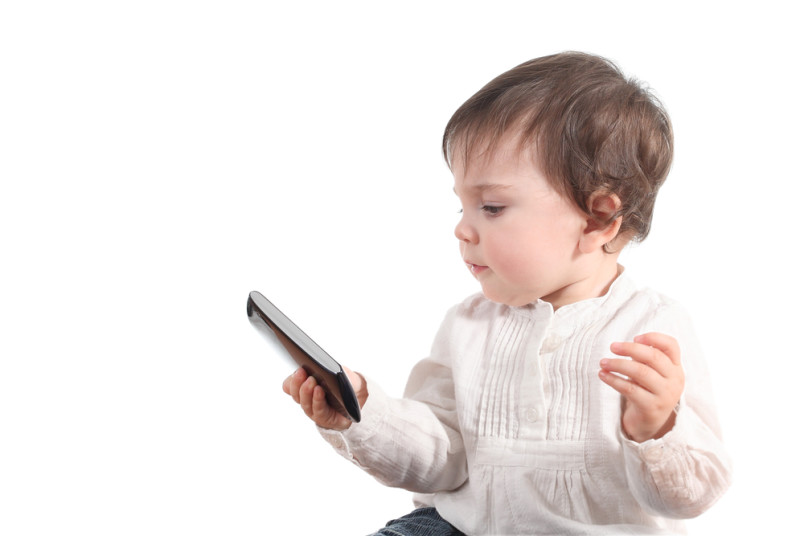 According to an article written in the ASHA (American Speech-Langauge-Hearing Association) Leader blog, children who use handheld screens—smartphones, tablets and electronic games—before they begin to talk may be at higher risk for speech delays, according to research presented at the 2017 Pediatric Academic Societies Meeting.
A team led by Catherine Birken, the study’s principal investigator and a staff pediatrician and scientist at The Hospital for Sick Children (SickKids) in Toronto, examined 894 children (ages 6 months to 2 years) participating in TARGet Kids!, a Toronto practice-based research network, between 2011 and 2015.
The more handheld screen time a child’s parent reported, the more likely the child was to have expressive speech delays.

By their 18-month check-ups, 20 percent of the children had daily average handheld device use of 28 minutes, as reported by their parents. Using a screening tool for language delay, researchers found that the more handheld screen time a child’s parent reported, the more likely the child was to have expressive speech delays.
Each 30-minute increase in handheld screen time translated into a 49 percent increased risk of expressive speech delay. Researchers found no apparent link between handheld screen time and other communication delays, such as social interactions, body language or gestures.
The results support a recent American Academy of Pediatrics recommendation to discourage any type of screen media in children younger than 18 months.